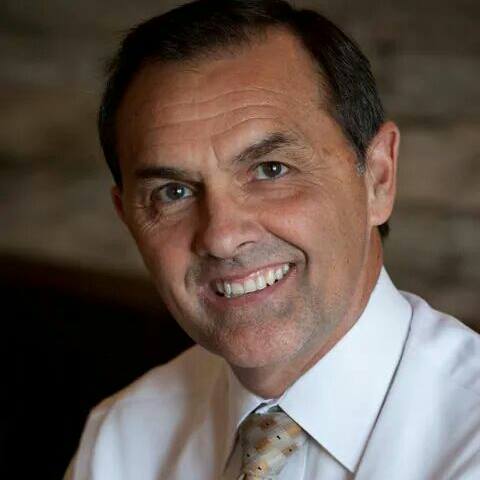 Senator Randy Brogdon was twice elected to serve in the Oklahoma Senate, beginning in 2002. His district included large portions of the Tulsa suburban area, including Owasso, Collinsville, Catoosa, Sperry and fast growing areas of northeast Tulsa and Rogers County. He previously served on the Owasso City Council, and later was elected as Mayor.

In 2003 Brogdon was named “Legislative New Comer of the Year.” In his first year, he had a perfect voting record, not missing a single vote for the entire session. In all of his eight years of service, the Oklahoma Constitution Newspaper selected Randy as “Senate Legislator of the Year” for having the most conservative voting record in the Senate.
In 2004, he was the first senator in 20 years to receive a 100% on the Conservative Vote Index. For the 2005-2006 legislative session, Randy was elected to a leadership position by his caucus to serve as Senate Republican Whip, and in 2007-2008 he served as the Assistant Republican Floor Leader.
In 2007, Randy was honored to receive the Phyllis Schlafly Oklahoma Eagle Award for his consistent support of constitutionally conservative legislation.
Randy Brogdon is a true champion of the people, proven by his legislation such as “The Taxpayer Bill of Rights” (TABOR) and SB 1 “The Taxpayer Transparency Act.” He was also successful in leading the charge to opt out of the federal “REAL ID ACT” of 2005 in order to stop the collection of personal biometric information.
Randy led the fight in Oklahoma to stop the so-called “NAFTA Superhighway,” the North American Union, and the Security and Prosperity Partnership, all of which would have undermined our freedom and sovereignty. He is also the author of “Ballot Access” legislation, a “Term Limits” bill for statewide elected officials, which overwhelmingly passed as a Constitutional Amendment, and the “10th Amendment Resolution,” which was designed to protect states’ rights. In all eight years of service, Randy served on the Senate’s Appropriation committee and in 2008-2010 was committee chairman of General Government. He was also the driving force behind State Question 756 to which 638,530 Oklahoman’s went to the polls on November 2, 2010 to send a clear message to the federal government, “the majority of voters in Oklahoma do not want Obamacare or Obamacare exchanges in our state regardless of the money offered.”
After eight years in the Oklahoma Senate and forgoing his last term to run for governor, Randy served Oklahoma taxpayers as the Deputy Commissioner of the Oklahoma Insurance Department (OID). There, Randy was tasked with reforming the Anti-Fraud Unit by setting new policies, implementing a new investigative plan, and restructuring the department to eliminate nearly half of the staff positions. His actions reduced the budget for the Fraud Unit by $330,000 in his first 90 days on the job. Investigations and prosecutions actually increased despite having a smaller budget and staff. Randy then created agency protocols and supervised field representatives while establishing an Insurance Services Offices (ISO) division within OID, which helped fire departments around the state to improve fire suppression capabilities by improving their ISO ratings.
Senator Brogdon has been married to his high school sweetheart Donna since 1972. They have two grown sons, Chris and Bryan. Chris is married to Lisa and Bryan is married to Jessica. Randy and Donna are proud new grandparents!   Randy is active in his church at Woodlake Assembly of God, where he has served as a young adult Sunday school teacher and a member of the church board.
Randy was born in Ardmore and raised in Tulsa, Oklahoma. He attended Tulsa Public Schools and Oklahoma State University School of Technology, studying air conditioning at the Okmulgee campus in the early 1970′s.
Randy Brogdon was a successful business owner for over 30 years in the Air Conditioning industry. He previously owned a mechanical contracting firm with his father and best friend, Cal. He was also president of Environmental Products Supply, a company specializing in geo-exchange heating and cooling.
Randy is a past member of the American Society of Heating Refrigeration and Air Conditioning Engineers and a certified Train the Trainer for the Geo-Thermal industry. He served on the advisory board for Hardin Geo-Technologies and ONB Bank in Owasso.
Randy also served as Platform Committee Chairman for the Republican Party of Oklahoma for a number of years.
Randy’s hobbies include running, playing golf, and pampering his wife, Donna. He and Donna make their home in Owasso, OK.
www.randybrogdon.com
Do you like this page?
Tweet
Volunteer

You can join us using